Warning
Some of the features may not work properly on Internet Explorer. We advice to change browser for the application to work properly 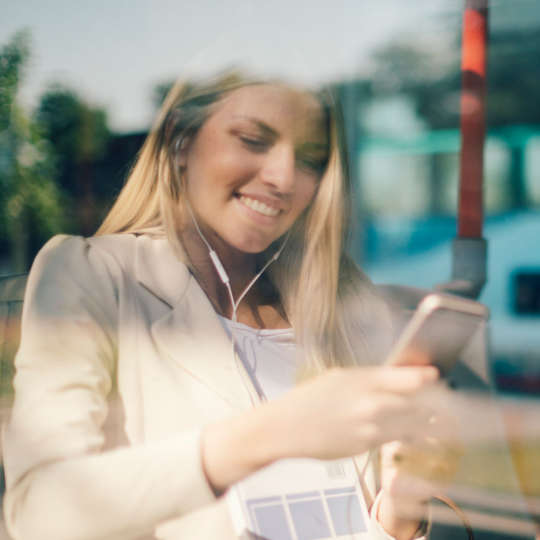 Arriva Italia manages Extra-urban Local Public Transport services in the city of Turin and its province, as well as Privat Hire services.

Arriva Italia is part of the Extra.To consortium, the sole transport operator of the Metropolitan City of Turin, to establish a single network capable of covering the entire provincial territory.

Arriva is one of the largest operators in the mobility sector, with approximately 40.000 employees and a passenger volume of 1.2 billion people per year in the 13 European countries in which it operates.

In the years 1943/44, and therefore in the war period, the Company was transferred to Turin for the needs of the then Fiat Group shareholder, including those of looking after the mobility of the workers of the various plants as well as officials and managers.

SADEM and SAVDA were bought by a group of entrepreneurs, including the former President of SADEM S.p.A., Eng. Nicola Proto.

Since 2005, SADEM S.p.A. joins the SAB group, controlled by ARRIVA plc-UK, a leading European organization in the private sector of passenger transport. The habit of operating in the selective and competitive rental market, as well as the characteristics of many bus lines frequented by attentive and demanding users (lines for airports, national and international motorway lines) has determined in the Company attention to the quality of services rendered, aware of the fact that this element will increasingly represent the basis on which to continue to consolidate its success and growth in the market.

has become part of the Arriva Italia group

As of 1 January 2010, Sadem fully incorporated Sapav SpA, operating in the Pinerolo basin and formerly a company of the group. Sapav was already certified according to UNI EN ISO 9001 and UNI EN ISO 14001 standards.

Also in 2010, SADEM became part of the Extra.To consortium, the sole transport operator of the Metropolitan City of Turin, to establish a single network capable of covering the entire provincial territory.

In May 2018, the Chief Executive Officer of SADEM was appointed. Valentina Astori, part of the Arriva Group since July 2004.

2021
from Arriva Sadem to Arriva Italia

The Mobility Charter is the Service Charter for public transport, desired, conceived and drafted to improve communication with our Customers and, more generally, to start a form of dialogue with all those interested in the Public Transport sector Local.

The Mobility Charter describes the activities carried out, the travel methods and conditions, the results of customer satisfaction and the monitoring of the quality parameters provided by the service contract, in order to constantly improve the service offered and make it more corresponding. to the needs of citizens.

We use technical and third-party cookies to make sure you can have the best experience on our site. By clicking on "Proceed" you consent to the use of cookies. To learn more, consult the cookie policy.

This website uses cookies so that we can provide you with the best user experience possible. Cookie information is stored in your browser and performs functions such as recognising you when you return to our website and helping our team to understand which sections of the website you find most interesting and useful.

Strictly Necessary Cookie should be enabled at all times so that we can save your preferences for cookie settings.

If you disable this cookie, we will not be able to save your preferences. This means that every time you visit this website you will need to enable or disable cookies again.